6 Sights You Must See While In Melbourne

Melbourne is the capital of the state of Victoria, and the second most populated city in Australia.

The climate in Melbourne is temperate, but so unpredictable that it’s earned a reputation as a city with four seasons in a day.

Known as the coffee capital of the world, it is also often voted as the most liveable city on earth. It comes down to a combination of climate, affordability, and a wealth of attractions.

Here are the six best places to visit in Melbourne.

Brighton beach is renowned for its colourful bathing boxes, and it’s among the most visited tourist spots in Melbourne.

You’ll be able to take shelter from the sun’s fierce rays and keep your food and drinks cool as you relax into your day.

The views from Brighton Beach are unbeatable, so you shouldn’t leave Melbourne without visiting it.

The Eureka Tower is a staggering 91-storey skyscraper complete with gold-plated windows and a golden crown that sparkles when the sun’s rays touch the tips.

The tower gives you a sweeping city-wide view from the Eureka Skydeck.

If you choose to venture up onto the viewing platform, you’ll be greeted by a suspended glass cube called The Edge serving up a thrilling spectacle of the city beneath your feet.

Melbourne Zoo is home to more than 350 animal species and makes a fascinating day out for the whole family.

Inside, you’ll find Butterfly House with all kinds of tropical and subtropical butterflies, and you can see the apes over at the Orangutan Sanctuary.

Your kids and the elephant lover in you will get valuable insight about the lives and ways of the Asian elephants at the Trail of Elephants garden.

Whatever the animal you want to see, chances are it’s at Melbourne Zoo.

The National Gallery of Victoria houses a collection of 70,000 international works of art.

The Great Hall function area is vast and beautiful, boasting a famous colourful glass ceiling, which is the largest in the world. You can enjoy it most while lying on the floor.

A day is hardly enough to work your way through all that’s on offer at the National Gallery. Once you visit, you’re likely to return.

One of the finest in the world, the Royal Botanic Gardens is home to more than 10,000 rare plant species from across the globe.

You can fill your lungs with fresh air breathed from these amazing plants and take advantage of nighttime movies in the summer. It’s a year-round haven from hectic city life.

Take the one-hour riverboat cruise down Yarra River to see an array of sights from a prime vantage point on the water. It starts from Port Philip and ends at Hobson Bay.

The cruise will give you a glimpse of almost all the beautiful spots in Melbourne as you meander your way down the river.

After a busy day, give Viga a call for the best home massage in Melbourne. 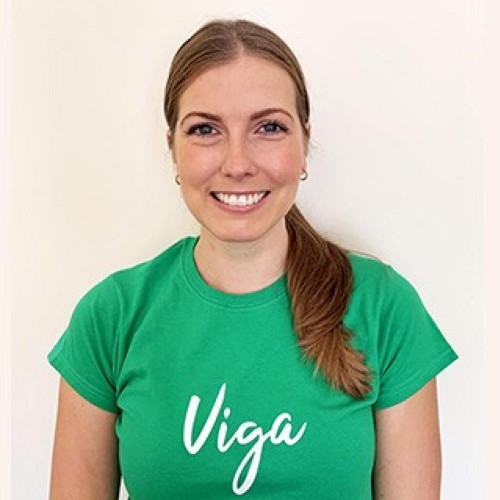 With a background in wellness and massage therapy Maeve now happily shares her practical tips and advice to anyone who lends an ear.

With a background in wellness and massage therapy Maeve now happily shares her practical tips and advice to anyone who lends an ear.